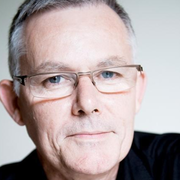 Bernard Mazoyer, MD PhD, born in 1952, is director of the Neurofunctional Imaging Group (GIN), a team jointly funded by CNRS and CEA (UMR5296) at Bordeaux University. He graduated from Ecole Normale Supérieure (Mathematics), and received a PhD in Biomathematics and an MD. After his postdoc at UC Berkeley, during which he worked on advanced medical imaging technology, he was employed by CEA to lead the group on instrumentation and computer science of the Frédéric Joliot Hospital in Orsay. He pioneered the development of brain imaging applied to cognition and played a pivotal role in the international development of the “Human Brain Mapping”. He then took the lead of the biomedical imaging platform Cyceron in Caen, where he directed a large research unit on neuroscience imaging. In 2012, he joined Bordeaux University Hospital and Bordeaux University with his CNRS-CEA research unit. There he developed population neuro-imaging research activities. His team also played a pioneering role in this domain, analyzing more than 3500 brain MRIs from the 3C-Dijon population-based study, in close collaboration with Prof. Christophe Tzourio and INSERM Unit U1219 (ex U708, neuroepidemiology team). He is an honorary member of the Institut Universitaire de France. He co-authored over 250 publications (H-index WOS: 70).