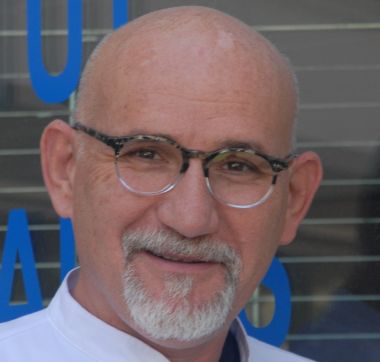 François Tison, born in 1962, is Professor of Neurology at Bordeaux University (BU) - Consultant Neurologist at the University Hospital of Bordeaux (CHU of Bordeaux, CHU-B). He is Coordinator of the Bordeaux Center of Excellence for Neurodegenerative disorders (BIND) and head of the Institute of Neurodegenerative Diseases-clinical branch (IMNc) the Memory Clinic (CMRR) and the Motricity Unit at the Department of Clinical Neurology (CHU of Bordeaux), and adjunct director of the Institute for Neurodegenerative Diseases (IMN, CNRS UMR 5293). He is teaching Neurology at the BU since 1998 and is a member of the National University Council (Neurology section). He conducted his clinical and research career in the field of neurodegenerative diseases, particularly on Parkinson’s disease (PD) and related disorders. Regarding patient’s care, he created the Movement Disorders Unit at the CHU-B in 1998, the reference center for Huntington’s Disease pre-symptomatic diagnosis in 1994, the Multiple System Atrophy (MSA) rare disease reference center in 2003, the Regional and Inter-Regional Expert center for PD in 2011. Then together with Dr E. Bezard, head of the IMN-CNRS UMR 5293, he developed the IMNc, from 2008 to its opening in 2014, within the Neurocampus investment program in Bordeaux. Regarding his research career, he explored several fields of basic, translational, epidemiological and clinical research in PD. He contributed to dopaminergic neurotransmission chemical neuro-anatomy in basal ganglia, developed new animal models of atypical parkinsonism (nigrsotriatal degeneration). He also conducted epidemiological studies on PD and related disorders in population–based cohorts and coordinated as a PI or Co-PI academic and industry or foundations (MJFF)-sponsored clinical research studies on neuro-pharmacology, physiopathology and biomarkers of PD and AD. Today, more than 30 clinical research studies are running at the IMNc. He also actively contributes to National or European networks and EC-funded programs (F-CRIN, NS-Park, PD genetics networks, E-MSA Study group, E-Rare). He served on several scientific committees of patient’s associations (PD, MSA, PSP), societies (French Neurological Society, American Academy of Neurology, European Neurological Society and MDS, as a treasurer of E-MDS). He authored or co-authored 259 publications, plus 67 as part of a study group, plus 35 textbook chapters (one book edition), H index = 53, 11 584 citations without self citations, top 10% citation = 9 (2009-14).

1. Keller, P.-H., Grondin, O., Tison, F., Gonon, F. How health professionals conceptualize and represent placebo treatment in clinical trials and how their patients understand it: Impact on validity of informed consent. PLoS ONE, 2016; 11.